The biennial Corpus Linguistics conference first took place in 2001 at Lancaster, with the 2017 conference at Birmingham being its 9th outing. Lasting four days with an additional day for workshops, this blog post details CASS participation at the event. 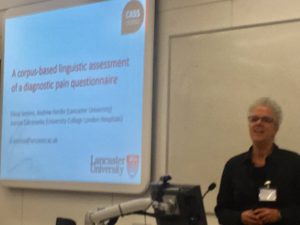 On Monday 24th July CASS ran two pre-conference workshops: Vaclav Brezina and Matt Timperley’s workshop was based around the tool #LancsBox which has the capacity to create collocational networks while Robbie Love and Andrew Hardie introduced the Spoken BNC2014 Corpus. Pre-conference workshop presentations were also given by CASS members in the Corpus Approaches to Health Communication workshop which saw talks by Paul Baker (on NHS patient feedback), Elena Semino (on assessment of a diagnostic pain questionnaire) and Karen Kinloch who gave two talks on discourses around IVF treatment and post natal depression (her second talk was co-presented with Sylvia Jaworska).

On the first day of the conference proper, CASS Director Andrew Hardie gave a plenary entitled Exploratory analysis of word frequencies across corpus texts: towards a critical contrast of approaches, which involved a “for one night only” Topic Modelling analysis, demonstrating some of the problems and assumptions behind this approach. Key points were illustrated with a friendly picture of a Gigantopithecus (pictures of dinosaurs and other extinct creatures were used in several talks, perhaps suggesting a new theme for CL research). The plenary can be watched in full here. https://www.youtube.com/watch?v=ka4yDJLtSSc 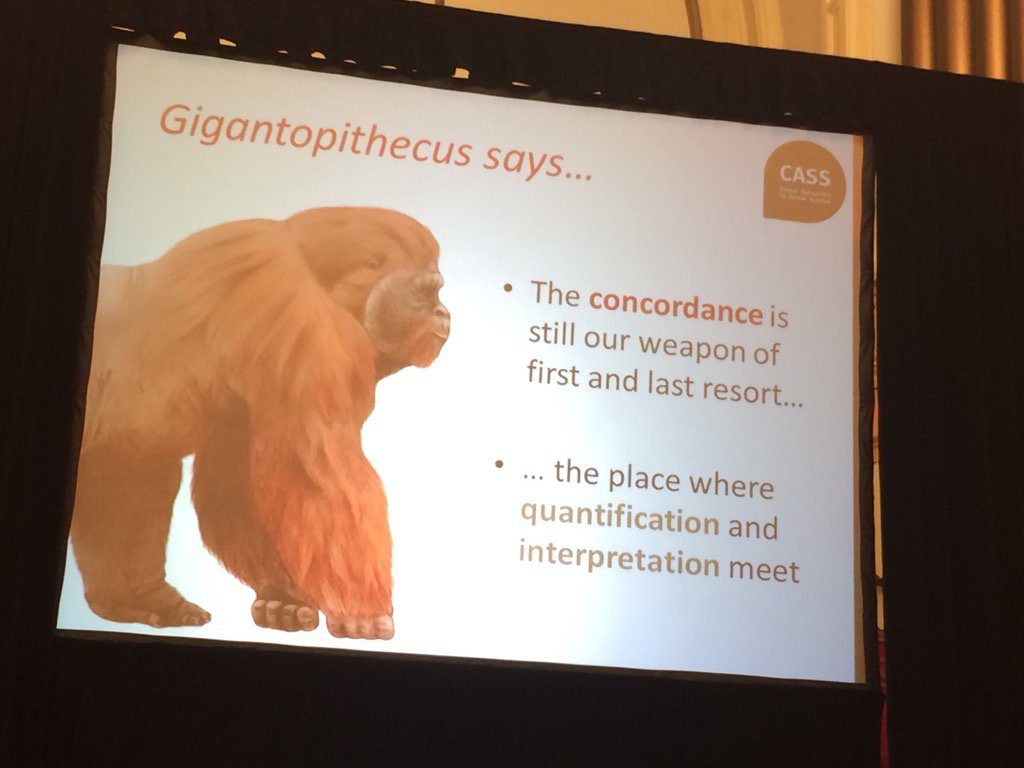 A number of conference talks involved the creation and analysis of the new 2014 British National Corpus, with Abi Hawtin presenting on how she developed parameters for the written section and Robbie Love discussing swearing in the spoken section of the BNC2014. Vaclav Brezina and Matt Timperley discussed a proposal for standardised tokenization and word counting, using the new BNC as an exemplar while Susan Reichelt examined ways of adapting the BNC for sociolinguistic research, taking a case study on negative concord.

In terms of other corpus creation projects, Paul Rayson, Scott Piao and a team from Cardiff University discussed the creation of a Welsh Semantic tagger for use with the CorCenCC Project.

Two talks involved uses of corpus linguistics in teaching. First, Gillian Smith described the creation and analysis of a corpus of interactions in Special Education Needs classrooms, with the goal of investigating teacher scaffolding while Liam Blything, Kate Cain and Andrew Hardie analysed a half million corpus of teacher-child interactions during guided reading sessions.

Regarding work examining discourse and representation using corpus approaches Carmen Dayrell presented her work with Helen Baker and Tony McEnery on a diachronic analysis of newspaper articles about droughts, their research combining corpus approaches with GIS (Geographical Information Systems). GIS was also used by Laura Paterson and Ian Gregory to map text analysis of poverty in the UK while Paul Baker and Mark McGlashan reported on their work looking at representations of Romanians in the Daily Express, comparing articles with online reader comments. A fourth paper by Jens Zinn and Daniel McDonald considered changing understandings around the concept of risk in English language newspapers. 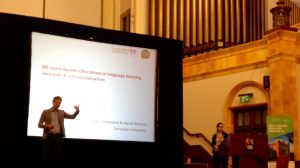 Collocation was also a popular CASS topic in our presentations. Native and non-native processing of collocations was investigated by Jen Hughes, who carried out an experimental study using electroencephalography (EEG) which measures electrical potentials in the brain, while another approach to collocation was taken by Doğuş Can Öksüz and Vaclav Brezina who examined adjective-noun collocations in Turkish and English. A third collocation study by Dana Gabasolva, Vaclav Brezina and Tony McEnery involved empirical validation of MI-based score collocations for language learning research.

Finally, Jonathan Culpeper and Amelia Joulain-Jay talked about an affiliated CASS project involving work on creating an Encyclopaedia of Shakespeare’s language. They discussed issues surrounding spelling variation, and part of speech tagging, and gave two case studies (involving the words I and good). 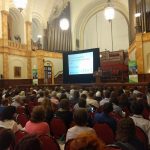 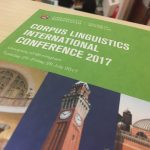 The conference brought together corpus linguists from dozens of countries (including Germany, Finland, Spain, Israel, Japan, Brazil, Iran, The Netherlands, USA, New Zealand, Taiwan, Ireland, China, Czech Republic, Italy, Sweden, Poland, Chile, UK, Hong Kong, Norway, Australia, Belgium, Canada, South Africa and Venezuela) and was a great opportunity to share and hear about developing work in the field. There was a lively twitter presence throughout the conference, with the tag #CL2017bham. However, my favourite tag was #HardiePieChartWatch, which had me going back to my slides to see if I had used a pie chart appropriately. Be careful with your pie charts!

The next conference will be held (for the first time) in Cardiff – I hope to see you there in two years.

More pictures of the conference can be found at https://www.flickr.com/photos/artsatbirmingham/sets/72157684181373191