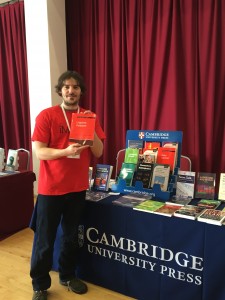 In 2016 I will be working on a new project in CASS, which has received funding from the ESRC (£61,532 FEC). The purpose of this project is to help the National Health Service better understand the results of patient feedback so that they can improve their services. The NHS gathers a great deal of user feedback on its services from patients. Much of this is in “free text” format and represents a rich dataset, although the amount of text generated in the thousands of feedback forms patients fill in each year makes it unfeasible to undertake a close qualitative analysis of all of it. Categorisation-based approaches like sentiment analysis have been tried on the dataset but have not found to be revealing. In this project we will be working with the NHS to first identify a set of research questions they would like to be answered from the data, and then we will use corpus-based discourse analysis to draw out the main themes and issues arising from the data. We will focus on four key NHS services – dentists, GP practices, hospitals and pharmacies. From these services alone we have around 423,418 comments to analyse, totalling 105,380,697 words. Some of the issues we are likely to be focussing on include: what matters most for patients, the key drivers for positive and negative feedback, indicators in comments that might trigger an alert or urgent review and differences across providers/services or by socio-demographic group.