During our ESRC Festival of Social Science “Language Matters: Communication, Culture, and Society” event, Claire Hardaker tells us about her research Discourse of Online Misogyny.

Twitter’s public policy team will tomorrow host an event organised by the Discourse of Online Misogyny (DOOM) project team at CASS. The team consists of Dr. Claire Hardaker, Lecturer in Corpus Linguistics in the Department of Linguistics and English Language, and Mark McGlashan, Senior Research Associate on the DOOM project.

The event assembles a number of key stakeholders drawn from Twitter’s global public policy team, law enforcement, the prosecution service, NGOs, and academia (law, psychology, computing, linguistics) to discuss public concerns about online abuse. At the event, the DOOM project team will talk about their work on rape threats made using Twitter and how their unique methods enabled analysis of how people made rape threats using language as well as how abusive social networks are formed online.

The DOOM team will stress the need for corpus-based approaches in the research and development of tools and methods for investigating and tackling online abuse.

On 13th November, I presented a talk at a joint Paladin/Collyer-Bristow event. Paladin, the National Stalking Advocacy Service, assists high risk victims of stalking throughout England and Wales. Collyer Bristow’s Cyber Investigation Unit (CIU), which is headed up by partner Rhory Robertson, comprises a dedicated team of lawyers who advise victims of cyberstalking, cyber harassment, cyber bullying and internet trolls/trolling.

The major discussion of this event surrounded the notion of cyberstalking, how it affects victims, and how to combat this increasingly prevalent crime. My talk covered the research we are currently undertaking on the DOOM project, and how networks of abusive individuals can form online, potentially leading to escalation. Other speakers at the event included:

Several points clearly emerged from this event, including the fact that there is much work to be done around stalking and harassment, that victims need to be taken much more seriously, that the correct legislation needs to be applied when prosecuting, and the recognition that online stalking can be just as damaging – if not more so in some cases – as physical, offline stalking. 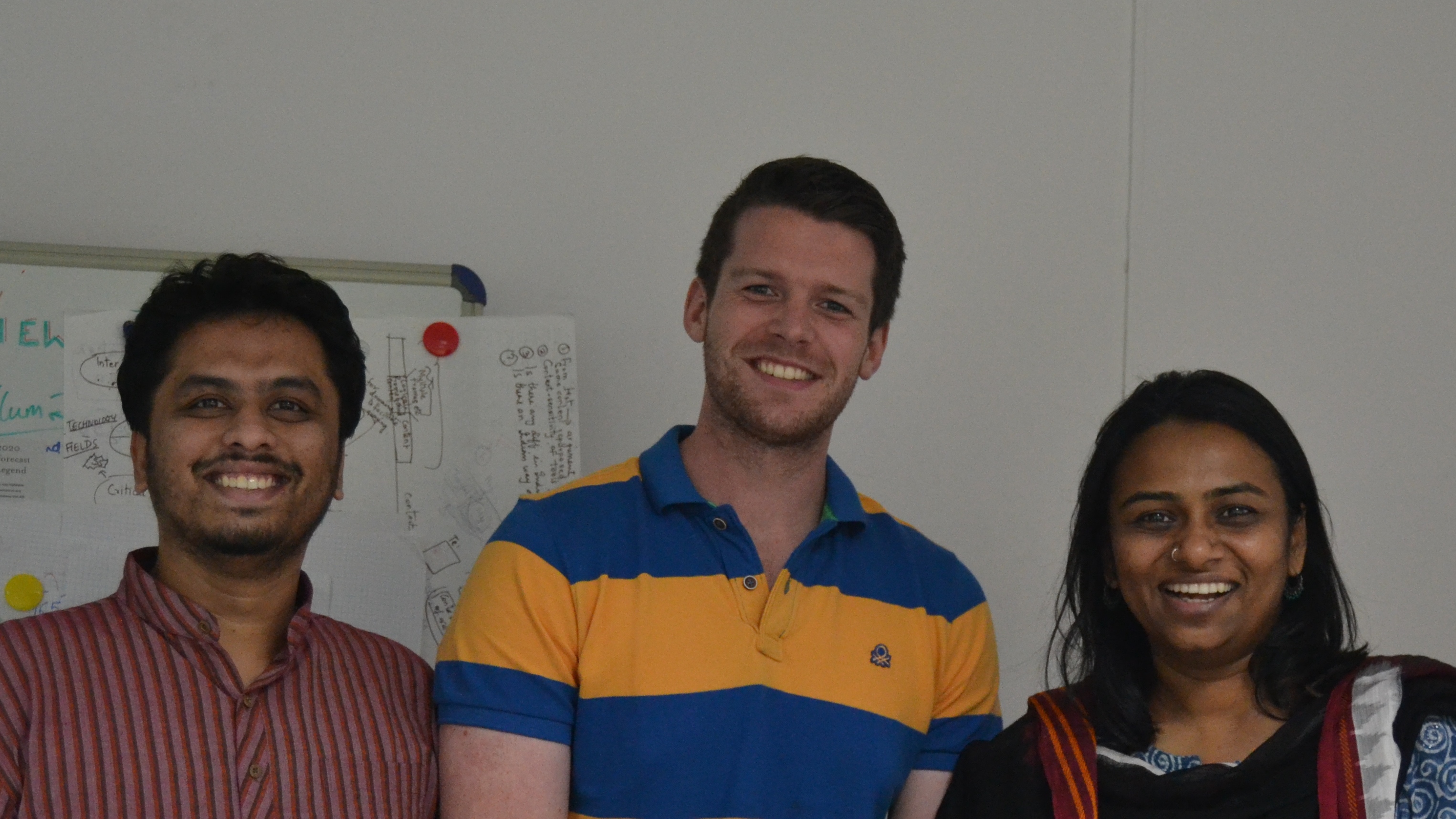 “Blurred Lines: The New Battle of the Sexes” looks at contemporary attitudes to women and whether expressions of sexism and misogyny are on the rise. Dr Claire Hardaker appears roughly halfway through, and discusses whether misogyny becomes increasingly extreme online. During the segment, Hardaker considers the case of Caroline Criado-Perez, and two of her trolls Isabella Sorley, and John Nimmo, as well as some early findings that have come out of the ESRC/CASS project on Twitter rape threats.

The documentary, which stars Kirsty Wark, will be broadcast on BBC2 on the 8th of May at 9:30pm.

Researching online abuse: the case of trolling. Arguably, the biggest technological advancement in recent times is the internet Sadly, however, the internet also presents new opportunities to act maliciously. Increasingly worrying are offensive behaviours such as trolling and cyberbullying that involve individuals, and sometime whole groups, harassing others, sometimes for no other reason than to entertain themselves. Yet research into this subject is in short supply in the social sciences, in spite of there being a real need for it.

In July 2013, Criado-Perez had been successful in campaigning for author Jane Austen to appear on the £10 bank note. Shortly after in final days of July and spilling into August, a torrent of abuse was directed at Criado-Perez including numerous threats to sexually abuse, rape, torture, and kill the campaigner. After lending Criado-Perez support on the social networking site, Creasy was also targeted by abusive users.

The prosecution identified abusive traffic from 86 different Twitter accounts, several of which belonged to the defendants.

The court heard from prosecutor Alison Morgan that Criado-Perez felt “significant fear” due to the menacing nature of the tweets which have had “life changing psychological effects”, Creasy reported that both her personal and professional life were impacted upon by the messages.

Sorley held her face in her hands as the prosecutor read aloud some of her offending tweets, which included;

“You’re wasting shits loads of time because you can’t handle rape threats, pathetic! Rape is the last of your worries!!!!”

“I will find you and you don’t want to know what I will do when I do, you’re pathetic, kill yourself beforeI i do #godie”

When arrested in October of 2013, Sorley admitted to sending the abusive tweets, saying that she was “bored” and that “I was off my face on drink” at the time, although she accepted that some tweets could be perceived as death threats.

Nimmo, on the other hand was arrested in July of 2013 after having been tracked down by a Newsnight reporter and gave no comment when arrested. His defence claimed that he is a “social recluse” whose “social interaction, social life, is online” as a result of being “systematically bullied at secondary school, both physical and verbal”. As a result of social exclusion, his defence claims, Nimmo has “no social life, no friends, he strives for popularity” and that his “outrageous comments [were] made for retweets”.

Both Sorley and Nimmo plead guilty under Section 127 of the Communications Act (2003) and are to appear before the Westminster Magistrates court later this month.

I travelled to the court to witness the trial as part of work being undertaken as part of a research project on Discourse of Online Misogyny (DOOM) here at CASS. Our initial aim is to investigate the ways in which language was used as part of the threats made against Caroline Criado-Perez and Stella Creasy on Twitter. Building on this, we will produce sophisticated analytical tools to provide critical analyses of language and other kinds of behaviours which emerge during instances of online abuse (such as network building).

Claire Hardaker, Lecturer in English Language and Principal Investigator of the DOOM project, appeared on the 07/01/2014 edition of Newsnight.

You can also read a summary of this work in a complimentary CASS: Briefing.

View and download it here: Researching online abuse: the case of trolling

CASS is delighted to announce a successful ESRC application for funding on a project entitled “Twitter rape threats and the discourse of online misogyny” (ES/L008874/1). The award of £191,245.25 was one of the first (possibly even the first) to be made as part of the ESRC’s new Urgency Grants scheme. Under this scheme, applications are assessed very quickly, and projects also start within four weeks of a successful award. This particular project will begin in November and run for fourteen months. It will be part of the CASS Centre, and the team will be comprised of Claire Hardaker (PI), Tony McEnery (CI), Paul Baker (CI), Andrew Hardie (CI), Paul Iganski (CI), and two CASS-hosted research assistants.

This project will investigate the rape and death threats sent on Twitter in July and August 2013 to a number of high profile individuals, including MP Stella Creasy and journalist Caroline Criado-Perez. This project seeks to address the remarkable lack of research into such behaviour, especially in light of the fact that policymakers and legislators are under intense pressure to make quick, long-term decisions on relevant policy and procedure to allow enforcement agencies to act on this issue. Specifically, the project will investigate what the language used by those who send rape/death threats on Twitter reveals about…

The project will take a corpus approach, incorporating several innovative aspects, and it will produce results that should be relevant to several social sciences including sociology, criminology, politics, psychology, and law. It will also offer timely insight into an area where policy, practice, legislation, and enforcement is currently under intense scrutiny and requires such research to help shape future developments. As such, the results will likely be of interest to legislators, policymakers, investigative bodies, and law enforcement agencies, as well as the study participants, media, and general public.