There’s no question that all of us within society have been impacted in one way or another by the ongoing COVID-19 pandemic. However, it’s also the case that the health and wellbeing of certain groups have been particularly affected. A review of evidence on the disparities in the risks and outcomes of COVID-19 carried out by Public Health England suggests the virus has ‘replicated existing health inequalities and, in some cases, has increased them’. One group at particular risk of experiencing serious complications from COVID-19 is people living with obesity. Another report from Public Health England, reviewing evidence on the impact of excess weight on COVID-19, concluded that ‘the evidence consistently suggests that people with COVID-19 who are living with overweight or obesity, compared with those of a healthy weight, are at an increased risk of serious COVID-19 complications and death’.

Compared to this more general reportage, both broadsheet and tabloid reporting of obesity during the pandemic was found to be more fatalistic, with people with obesity being particularly likely to be construed as dying, or at least as being at heightened risk of dying, from the virus. For the broadsheets, this is a marked change in tone, with the pandemic seemingly ushering in a more pronounced focus on the connection between obesity and mortality. While such fatalistic discourses are characteristic of tabloid coverage of obesity in general, it seems that this way of framing obesity has gained even more prominence in these newspapers during the pandemic.

People with obesity were also depicted as a strain on an already-overburdened NHS, for example by taking up hospital beds and requiring oxygen therapy to the extent that this need creates a shortage for the rest of the population. The solution put forward (particularly by the tabloids, and to a lesser extent the right-leaning broadsheets) is for people with obesity to lose weight, for instance through exercise and supplements, in order to ‘save’ the NHS. This results in the responsibilisation of people with obesity, both for ensuring their own health and that of the wider public. This includes being responsible for ‘saving’ the NHS, though notably the damage endured by the NHS at the hand of austerity politics over the last decade is, conveniently, elided.

The link between obesity and coronavirus affords the press means by which it can maintain the newsworthiness of obesity in the context of what is, in COVID-19, a news story of global relevance. Meanwhile, the fatalistic and responsibilising depictions allow news agencies to key into the news value of negativity. Yet, discourses of personal responsibility are often criticised because they typically fail to grasp that obesity (along with other so-called ‘lifestyle’ conditions) is not simply the outcome of individual lifestyle choices, but likely results from a variety of factors (both individual and socio-political), over which individuals often have limited control. When the newspapers offer a public figure as privileged and powerful as Boris Johnson as a ‘role model’ for readers wanting to lose weight, they risk overlooking the influence of factors such as social privilege in the development of obesity.

When individuals and groups are blamed for problems in society, the result is the creation and propagation of stigma. The way much of the press has reported on obesity during the pandemic represents a ‘ramping up’ weight stigma, with people with obesity not only being blamed for their own health challenges but also shouldering responsibility for problems with the NHS against the backdrop of the most severe public health crisis of modern times. The weight stigma that results from this kind of blame-loading may engender further negative attitudes towards people with obesity, resulting in internalised shame. Yet the consequences of weight stigma may also be intensified by the circumstances surrounding the pandemic, which have already adversely affected the population’s mental health. Meanwhile, the aforementioned report by Public Health England stated that ‘stigma experienced by people living with obesity, may delay interaction with health care and may also contribute to increased risk of severe complications arising from COVID-19. It’s not all doom-and-gloom, though, as the pandemic also seems to have given rise to other, less stigmatising, changes to the press’s approach to obesity. For example, the broadsheets, and to a lesser extent the tabloids, also focussed more on race-related health disparities compared to in usual coverage of obesity. Meanwhile, the right-leaning tabloids offered otherwise uncharacteristic criticism of the UK Government, in particular for its ‘Eat Out to Help Out’ scheme, which we presented as being hypocritical by encouraging people to eat out on the one hand while imploring them to lose weight on the other. From the perspective of promoting more balanced obesity coverage, which cuts across political allegiances, this could be viewed as an encouraging sign. However, it remains to be seen whether this, along with the other changes to press discourse ushered in by the pandemic, will be lasting or particular to this unique and unprecedented news context.

We are delighted to announce the forthcoming publication of a book based on research carried out as part of the CASS project, ‘Representations of Obesity in the News’. The book, titled Obesity in the News: Language and Representation in the Press, will be published by Cambridge University Press in 2021. You can see a sneak preview of the cover here!

The book reports analysis of a 36 million-word corpus of all UK national newspaper articles mentioning obese or obesity published over a ten-year period (2008-2017). This analysis combines methods from Corpus Linguistics with Critical Discourse Studies to explore the discourses that characterise press coverage of obesity during this period. The book explores a wide range of themes in this large dataset, with chapters that answer the following questions:

• What discourses characterise representations of obesity in the press as a whole?

• How do obesity discourses differ according to newspapers’ formats and political leanings?

• How have obesity discourses changed over time, and how do they interact with the annual news cycle?

• How does the press use language to shame and stigmatise people with obesity, and how are attempts to ‘reclaim’ the notion of obesity depicted?

• What discourses surround the core concepts of the ‘healthy body’, ‘diet’ and ‘exercise’ in press coverage of obesity?

• How do obesity discourses interact with gender, and how does this influence the ways in which men and women with obesity are represented?

• How does the press talk about social class in relation to obesity, and how do such discourses contribute to differing depictions of obesity in people from different social class groups?

• Finally, how do audiences respond to press depictions of obesity in below-the-line comments on online articles?

The book will be the latest output from this project. You can read more about our work on changing representations of obesity over time in this recent Open Access article published in Social Science & Medicine. We are also working on articles which expand our analysis of obesity and social class, depictions of obesity risk, and obesity discourses in press coverage of the coronavirus pandemic, so keep your eyes peeled for further announcements! 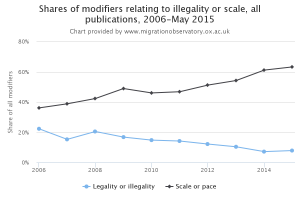 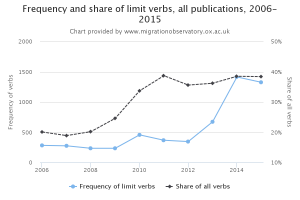