Detecting the structure of annual financial reports and extracting their contents for further corpus analysis has never been easier. The UCREL Corporate Financial Information Environment (CFIE) project and CASS’ Corporate Communications sub-project has now released the CFIE-FRSE Final Report Structure Extractor: A desktop application to detect the structure of UK Annual Reports and extract the reports’ contents on a section level. This extraction step is vital for the analysis of UK reports which adopt a much more flexible structure than the US equivalent 10-Ks. The CFIE-FRSE tool works as a desktop version of our CFIE-FRSE Web tool https://cfie.lancaster.ac.uk:8443/.

The tool provides batch extraction and analysis of PDF annual report content for English. Crucially, our approach preserves the structure of the underlying report (as represented by the document table of contents) and therefore offers clear delineation between the narrative and financial statement components, as well as facilitating analysis of the narrative component on a schedule-by-schedule basis.

The tool was trained using more than 10,000 UK annual reports and the extraction accuracy exceeds 95% against manual validations and large-sample tests confirm that extracted content varies predictably with economic and regulatory factors.

The tool is available for direct download from GitHub link below:

How to run the software:

The tool is available under the GNU General Public License.

More about the CFIE research:

For more information about the projects’ output, web-tools, resources and contact information, please visit our page below:

The annual SPAR training event was organised jointly by the Ludwig Maximilian University of Munich School of Management and the WHU – Otto Beisheim School of Management. The programme attracts the top PhD students in accounting from across Europe with the aim of introducing them to cutting-edge theoretical, methodological, and practical issues involved in conducting high-quality financial accounting research. This year’s cohort comprised 31 carefully selected students from Europe’s leading business schools.

Slides for all four sessions are available here.

The event was a great success. Students engaged actively in all sessions (including presentations and discussions of published research using textual analysis methods). New research opportunities were explored involving the analysis of new financial reporting corpora and the application of more advanced computational linguistics methods. Students also received detailed feedback from faculty on their research projects, a significant number of which involved application of textual analysis methods. Special thanks go to Professor Martin Glaum and his team at WHU for organizing and running the summer program. 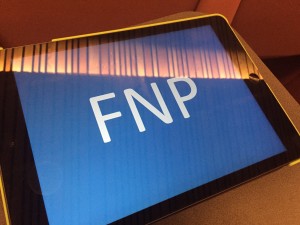