We are pleased to announce that the CASS Corpus on Urban Violence in Brazil is now ready to be analysed. It contains a total of about 5,127 articles (1,778,282 words) published between Jan-Dec 2014 by four Brazilian newspapers: Folha de São Paulo, Estado de São Paulo, Zero Hora and Pioneiro.

This working paper explains the process of compiling the corpus. It describes the selection of sources and individual texts, preparation of the texts so that they can be processed by corpus linguistics techniques, and concludes with an overview of the corpus’ content. 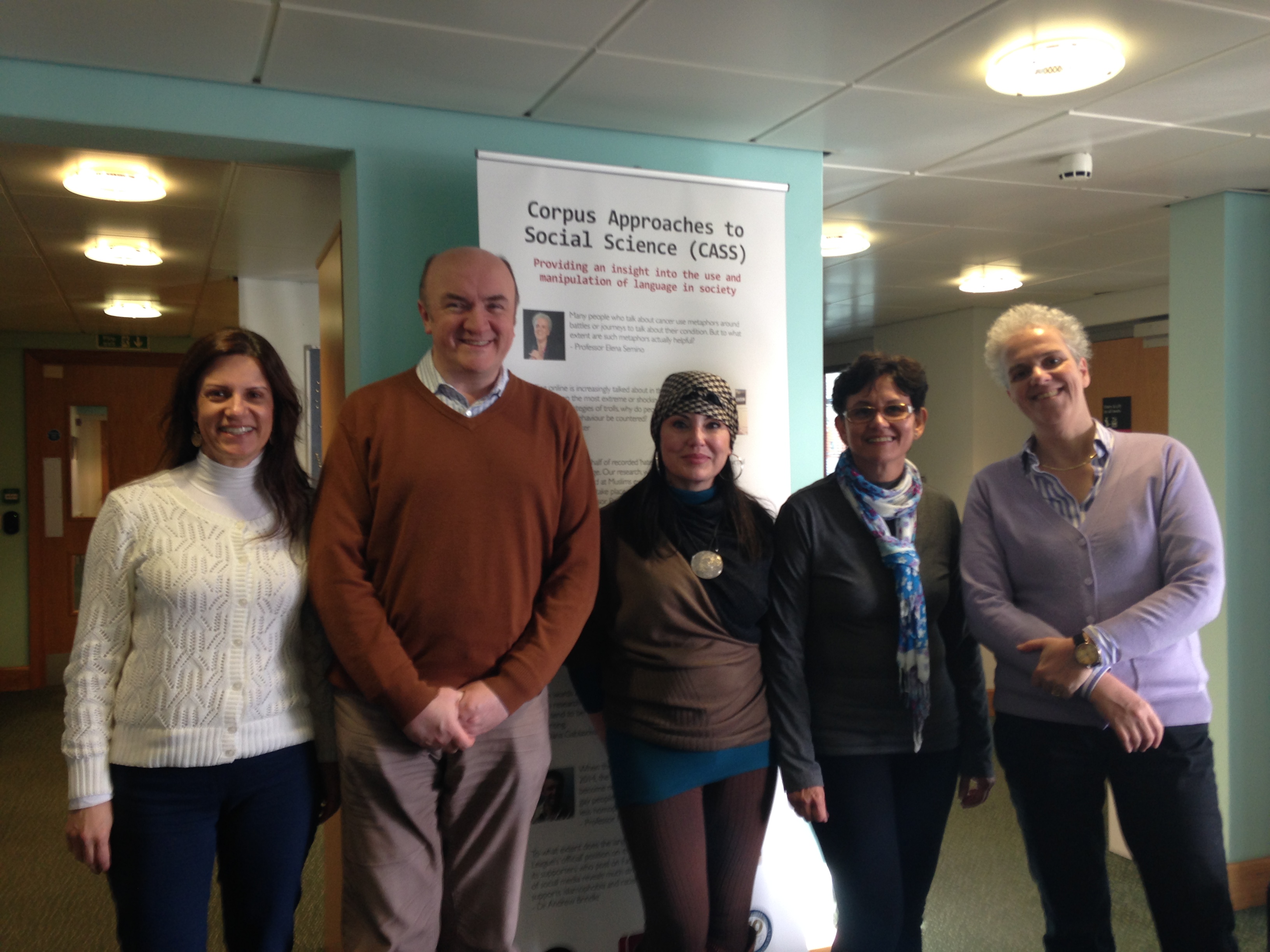 The first meeting of the project took place earlier this month at CASS, Lancaster. This kick-off meeting brought together the Brazilian researchers Professors Heloísa Pedroso de Moraes Feltes (UCS) and Ana Cristina Pelosi (UNISC/UFC) and the CASS team (Professors Elena Semino and Tony McEnery, and Dr Carmen Dayrell) to plan the project’s activities and discuss the next steps.

The meeting was an excellent opportunity to discuss the partners’ role and activities in the project and to clarify how CASS can provide the Brazilian researchers with the expertise needed in a corpus investigation. A key decision towards this goal was to run a two-day Workshop in Corpus Linguistics in Brazil. This will be run by the CASS team (also counting with the expertise of Dr Vaclav Brezina) in the last week of May.

The workshop aims to reach a wider audience and not only to the Brazilian researchers’ team. It will be open to their colleagues, graduate and undergraduate students, and anyone interested in learning and using corpus linguistics methods and tools in the research.

We are all looking forward to that!

The report Bulgarians and Romanians in the British national press was undertaken by CASS Challenge Panel Member William Allen and Dora-Olivia Vicol at the Migration Observatory at Oxford University. It provides a detailed analysis of the language used by 19 British national newspapers to discuss Romanians and Bulgarians between December 1st 2012 and December 1st 2013. The analysis encompasses 4,000 articles, letters and comment pieces mentioning Romanians and/or Bulgarians, a total of more than 2.8 million words.

Some language associated with stories unrelated to UK migration was also evident – particularly Romanian abattoirs implicated in the horsemeat scandal and the blonde Bulgarian Roma child who sparked an ‘abduction’ investigation in Greece.

William Allen, co-author of the report said: “The report is valuable because it provides a comprehensive account of how British national newspapers discussed Romanians and Bulgarians during a key period. The language used to describe Romanians – particularly in tabloid newspapers – often mention them alongside criminality and anti-social behaviour, while this was not the case with Bulgarians.” Read the full report here.