Researching online abuse: the case of trolling. Arguably, the biggest technological advancement in recent times is the internet Sadly, however, the internet also presents new opportunities to act maliciously. Increasingly worrying are offensive behaviours such as trolling and cyberbullying that involve individuals, and sometime whole groups, harassing others, sometimes for no other reason than to entertain themselves. Yet research into this subject is in short supply in the social sciences, in spite of there being a real need for it.

Homophobic bullying, whether verbal, physical, or cyber, is a significant and prevalent issue in schools[ref]Rivers, Ian. (2011) Homophobic Bullying. Oxford: Oxford University Press.[/ref]. Stonewall, a leading charity in campaigning for lesbian, gay and bisexual (LGB) rights, reported in 2012 that 55% of LGB children in British schools experience bullying[ref]http://www.stonewall.org.uk/documents/school_report_2012(2).pdf[/ref]. They also reported earlier in 2007 the results of a YouGov survey of over 2,000 primary and secondary teachers who suggest that it isn’t just LGB young people that experience homophobic bullying and harassment but that it is a wider issue that is experienced by young people regardless of their sexual orientation.[ref]http://www.stonewall.org.uk/other/startdownload.asp?openType=forced&documentID=1695[/ref]

Those who are bullied are affected in terms of their physical, psychological and social health and well-being: loneliness, depression, anxiety, low self-esteem; psychosomatic symptoms such as headaches, abdominal pain, and sleeplessness; poor school grades; premature alcohol and tobacco consumption. These are all generally associated with children being bullied.

So important is the specific issue of homophobic bullying that the independent children’s services inspectorate, Ofsted, which is responsible for the regulation of quality in maintained schools and academies in the UK, recently implemented ‘exploring the schools actions to prevent homophobic bullying’ to its list of briefings used during school inspections; a very positive move in the prevention of homophobic bullying.

Children’s literature is already almost inextricably linked to education. Literature is already used in schools to encourage and teach literacy as well things like sex and relationships education (SRE), citizenship; and Personal, Social, Health, and Economics (PSHE) education. In recent years, children’s literature has also been recognised as a credible and useful resource for preventing homophobic bullying and creating inclusive culture[ref]No Outsiders Project Team (2010) Undoing Homophobia in Primary Schools. Staffordshire: Trentham Books Ltd.[/ref], although LGBT-inclusive books are yet to become a staple of school libraries. So, why not integrate or produce LGBT-inclusive resources that help schools prevent homophobic bullying?

Doing something about it

There is a growing recognition of the need, want, and support for resources aimed at young people to promote inclusive, anti-homophobic practices but there is still little being done to address the lack of resources. So, with the help of the FASS-Enterprise Centre and the ESRC Centre for Corpus Approaches to Social Sciences (CASS) at Lancaster, on July 16th a day event will take place in the Palace of Westminster. At this event, I host a number of key spokespersons from the diverse areas of politics, publishing, retail, charities, and academia where recent work relating to homophobia, homophobic bullying and children’s literature will be shared and discussed in order to better challenge homophobia and homophobic bullying through children’s literature.

Work to be presented on the day 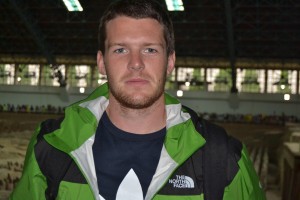